I recently had some time to head out with my new Canon 1D MarkIV and give it its first real workout.  Where and what at the end of March? That's an easy choice. Head to  San Diego and photograph sparrows, of course. A great variety of breeding and non-breeding species and sub-species can be found in some wonderful places in San Diego County and the adjacent Salton Sea area of Imperial County.

For this trip I took my trusty old Canon 600 f4L IS with 1.4x and 2x teleconverters as my main lens to put on my 1D MarkIV. After a year with my 800 5.6 lens, I can say that the honeymoon is over. Now that I'm using the 1D MarkIV, when it comes to photographing songbirds, the 600 with teleconverters wins hands down in my book.  My 600 f4 with a 1.4x is extremely sharp, and on my MarkIV my 600+2x looks as good if not better than better than the 800+1.4x. I have seen the tests, and have heard differently from some other owners of these lenses, but with my particular equipment, the 600+2x is  easily as sharp at close range on small passerines. The 800 also requires extension tubes to get as close as a 600mm can, and extension tubes cause ugly distortions and make accurate focusing unreliable.  The 840mm of the 600+1.4x offers noticeably more reach than 800mm does and the 1200mm of the 600+2x is significantly longer than the 1120 of the 800+1.4x. I also much prefer the bokeh, particularly in strong light, of the 600mm lens for all those little out of focus branches, leaves and twigs that appear in songbird photos. The 600mm lens is also a 600mm lens with out teleconverters, and I actually needed that short of a lens for some unwary large birds on this trip. This spring the 600mm lens will be my main bird lens. As far as the Canon 1D MarkIV goes, I have been nothing but pleased with it for everything I have used it for since I got it. It's an ideal camera for bird photography. If colors posted on this website look different or strange recently it isn't the camera, it is because I had to get a new monitor (Dell U2410) which renders colors, especially reds, in my browser (Internet Explorer) differently than my old one (Dell 2407) did despite using the same calibration on both monitors (Spyder3 Pro).  The Dell U2410 has a wider gamut of colors and reds, especially, really pop. On the other hand, photos that were prepared to look very warm and saturated on my new monitor might look flat and greenish on an older or less capable monitor when viewing on the web with Internet Explorer, which isn't color managed. I must say that I really don't understand all of this color management stuff very well and it's way beyond my expertise. All I can do really is try to post photos to the web as accurately as possible for the monitor that I am preparing them on. With a calibrated monitor in Photoshop, which is color managed, colors right out of the 1D MarkIV look pretty much the same as what the Canon 1D MarkIII produces, which are excellent. 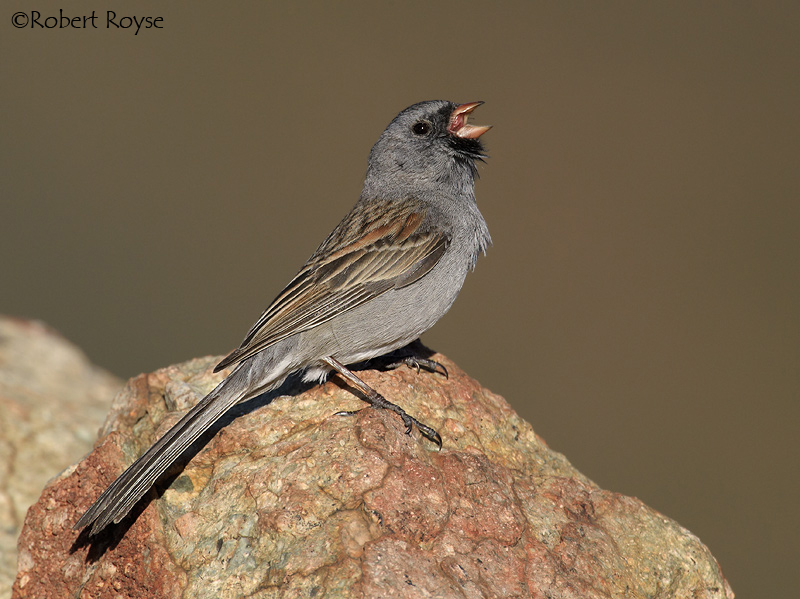 I also took along my wonderful 14mm, 24mm, and 100mm macro lenses. I was hoping to do more with them, but good light comes and goes quickly and nice light usually found me trying to photograph one bird or another. The many bird photos from this trip will appear on their pages, but here are some photos of their habitats.

Just east of San Diego is a large tract of accessible BLM land, the Otay Mountain Wilderness. This area has burned in various places a couple of times in the past decade, but now in 2010, the chaparral is looking green and healthy. Pretty much everywhere I stopped Rufous-crowned Sparrows, "Bell's" Sage Sparrows, and Black-chinned Sparrows were singing within an earshot. California and Spotted Towhees were always in the vicinity also in addition to other characteristic chaparral birds such as Wrentits and California Thrashers. This was the first time I ever had the opportunity to hear the "Bell's" Sparrows in full song. I have seen them on several occasions out of the breeding season during my November trips to Monterey County. There is no doubt about it, they sound nothing like Sage Sparrows further east. Whether or not that qualifies them as a full species is not for me to decide. The always entertaining Rufous-crowned Sparrows in California are also darker and browner on the upper parts than birds further east, although their wren-like song does sound the same to my ears. 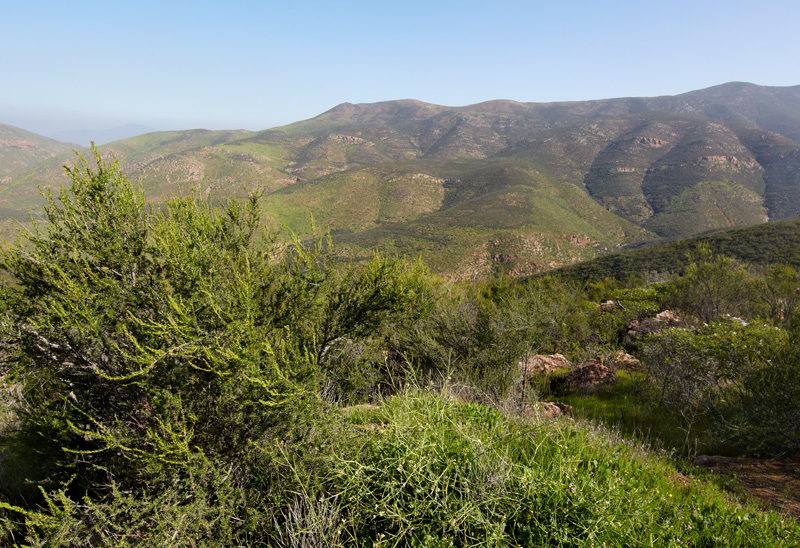 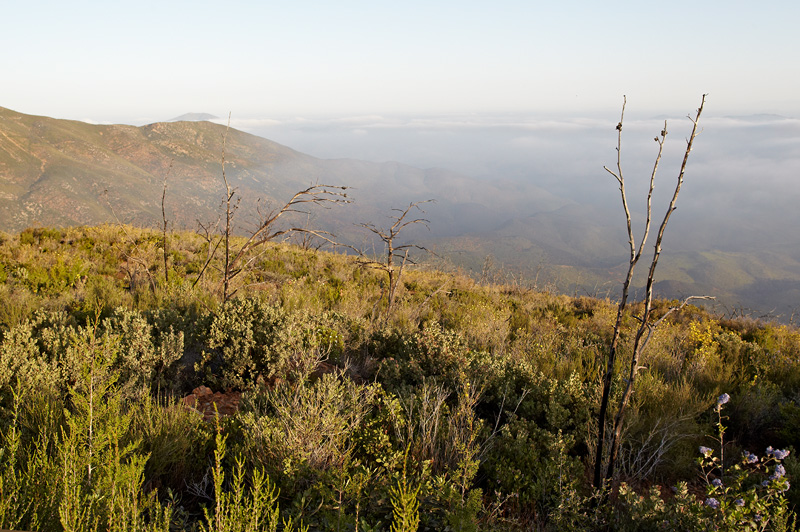 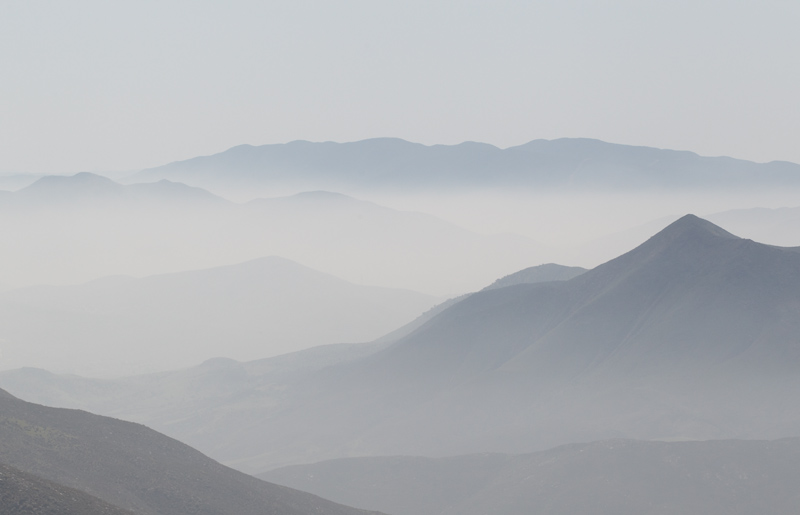 Continuing eastward from San Diego gets you into the Laguna Mountains with many accessible areas in the Cleveland National Forest to explore. I had visited some places here five years ago. Since then there have been some devastating fires. I was also too early for many of the breeding birds at the higher elevations, but there were some birds on territory in the chaparral growing around the charred snags. It was strange to see California Thrashers singing high atop the tallest snags in what was forest on my last visit. Lark Sparrows have also taken up residence in several disturbed places. Besides the ubiquitous California and Spotted Towhees other sparrows at the higher elevations on this trip were mostly wintering birds such as Oregon Juncos, White-crowned Sparrows, and Thick-billed Fox Sparrows. 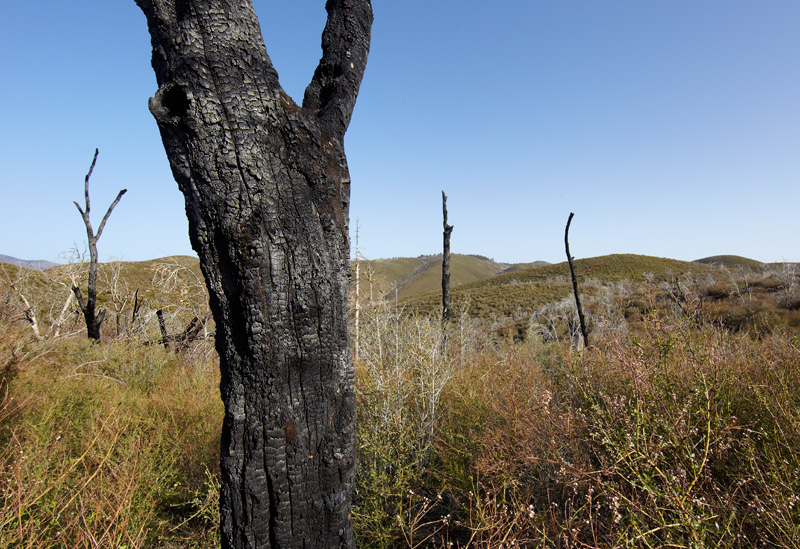 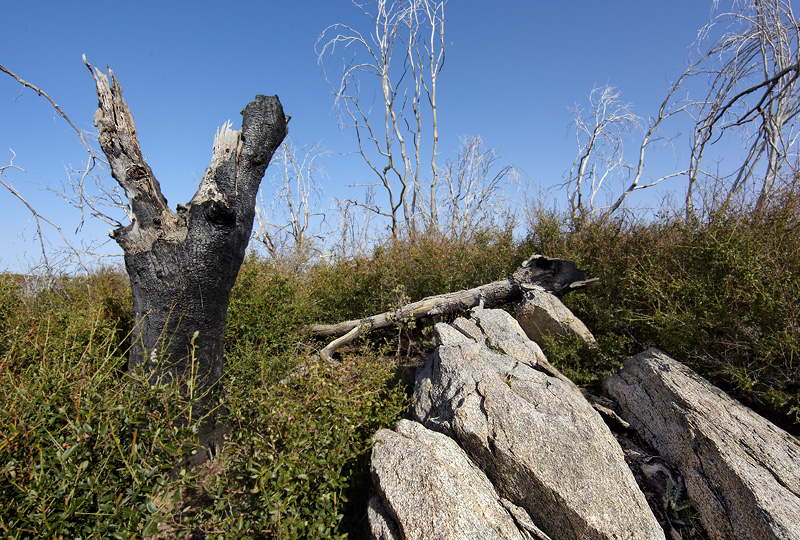 East of the Laguna Mountains and still in San Diego County is the beautiful and huge (certainly by Ohio standards) Anza-Borrego Desert State Park with a completely different assortment of birds. As far as sparrows go, the list of breeding birds is short with the abundant Black-throated Sparrows. Like everywhere else in California, wintering White-crowned Sparrows were everywhere and a few wintering Brewer's Sparrows were still around. Fortunately many other desert birds kept me from ever getting bored or lacking in photographic subjects at Anza-Borrego. 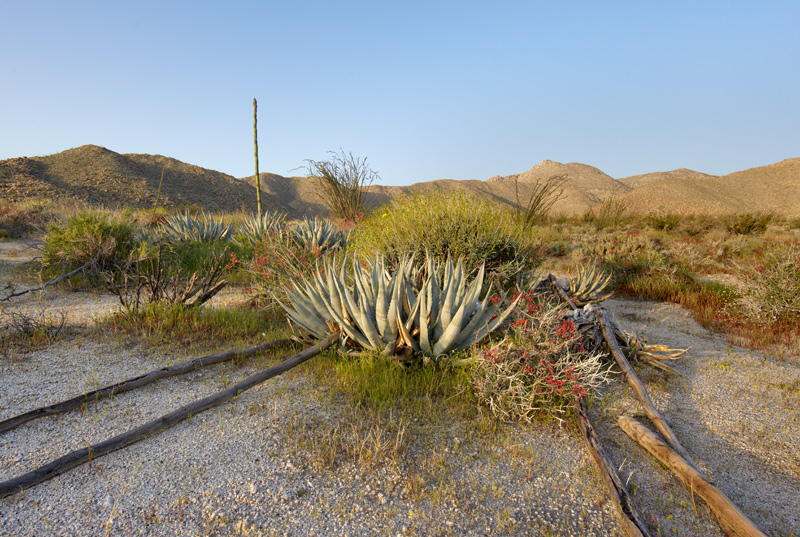 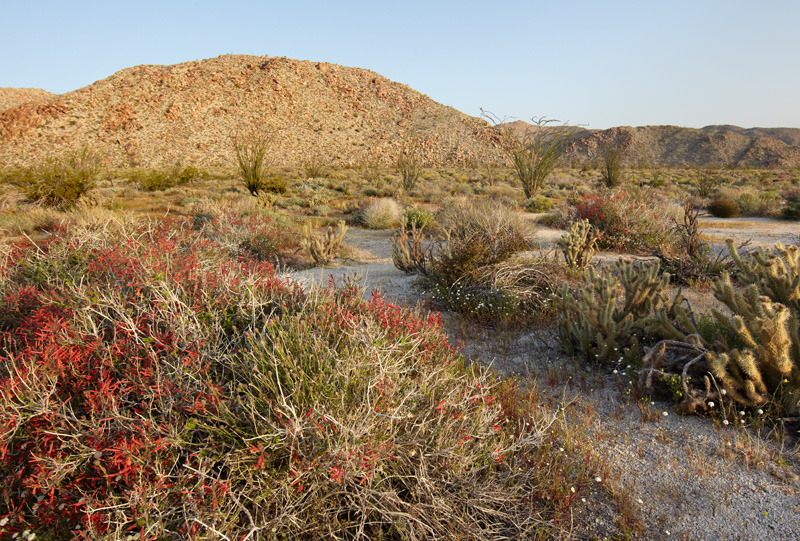 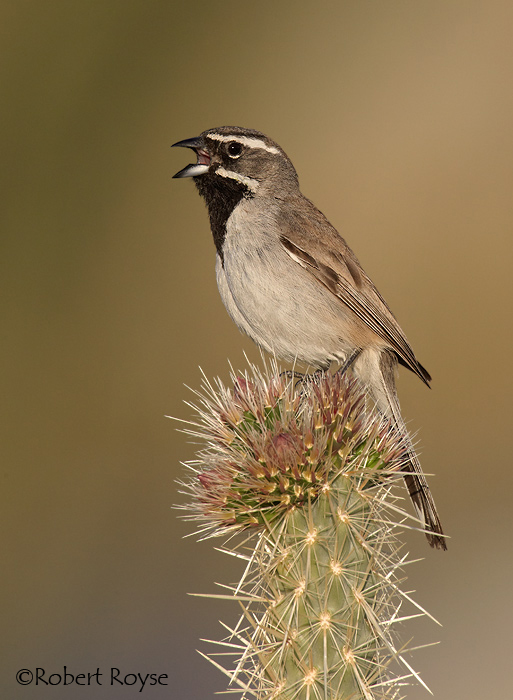 Across the county line in Imperial County is the Salton Sea. There I had the only chance to add a new new bird onto my lifelist for the trip if I could find a Yellow-footed Gull, but I had no luck. March isn't the best time of year for them, but I did look anyway. Around the Salton Sea are several birds at or near their the western range limits such as Gambel's Quail, Crissal Thrasher, and that largest North American sparrow, Abert's Towhee. Most of my limited time in the Salton Sea area was spent trying to photograph them and I never got around to photographing their habitat.  I have always found Abert's Towhees difficult to photograph since they don't like to perch off the ground and out in the open. At Salton Sea it was also interesting to see the differences between the Song Sparrows there compared those along the coast in San Diego. Compared to our familiar eastern Song Sparrows those in Imperial County are very pale and those along the coast are darker brown with grayer heads. As far as their songs go, all are immediately recognizable as Song Sparrows although their dialects may be different.

This wasn't really a birding trip in any sense, since I really didn't go looking for any birds in particular (other than the Yellow-footed Gull that I struck out on).  I did have to look hard for a couple of species I wanted to photograph such as California Gnatcatchers, which are very scarce in San Diego County. Other than that, I wasn't really looking for anything in particular. With that said, below is a list of species I came across. I obviously didn't spend a lot of time on the Pacific coast.